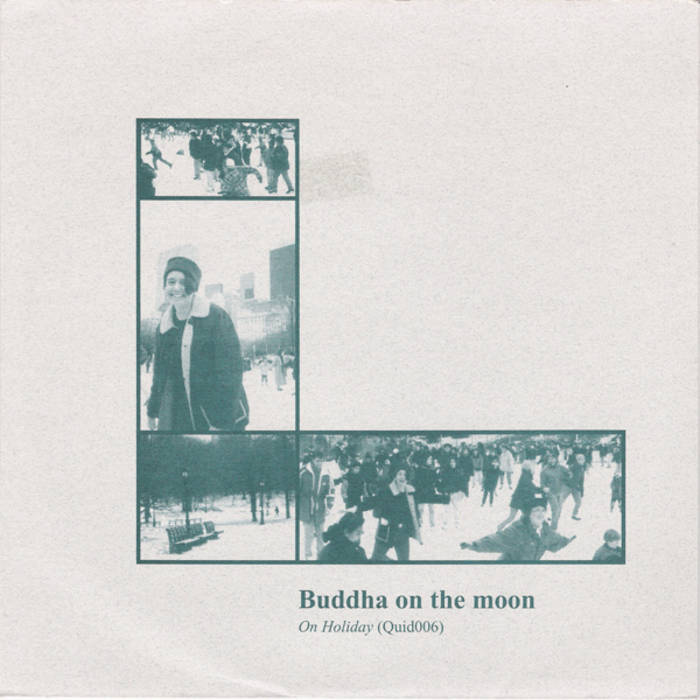 The two songs that comprised the 'On Holiday' 7" single (released on Mike Babb's legendary Quiddity label in 1996) and the Momus cover (intended for release on a tribute album on another label that never came about) were recorded at home on a cassette four-track rig that had so many add-on bells and whistles as to resemble a lo-fi Rube Goldberg contraption. JJ flew down from Ann Arbor for a few days to record the bass parts (somehow to think that one could travel by air with a Fender Music Master bass as check-in luggage - and have it arrive intact at both ends of the journey - seems kinda incredible now....), and the rest, as they say, is history that no one remembers!

Art renegades (and Chupacabra wranglers) Patrick Phipps and Scott Calhoun made a video for "Losing," which was released as part of the 'Munch' video compilation (you can find it on YouTube), and the Field Mice cover was recorded sometime not too long afterwards as something that coulda mighta been part of some tribute album that I'm not sure was ever released.

Both "Losing" and "Anyone Else Isn't You" did get released on the 'Indie Aid Abroad' East Timor charity compilation, although if memory serves, those two songs were sent to be pressed to CD as *cough* 128kbps mp3's (before the days of Dropbox and huge mail attachments, y'know). So, the mp3's of those tracks that circulated on the P2P networks of the early 00's were mp3's of mp3's.

Anyway, the other day I found a box of MiniDiscs (speaking of trans-millennial artifacts!) which contained a disc with these four songs. While not as full-fidelity as the DAT masters (which seem nowhere to be found), it's probably a better quality document than the transcoded files that might be floating around out there.

So there you go - a chronicle of BOTM at its most indiepoppiest: two songs from an old 7" and two cover versions, one with all of the original irony meticulously expurgated, and the other with a bit of "look the other way" mumbly bits on a lyric that I couldn't figure out at the time (and as to why I didn't go back and re-record that part once I was told what it was supposed to be... escapes me).